SHOP
Own a part of Holy Trinity Church at Great Paxton and help us raise funds to redecorate the chancel after badly needed repair work carried out in the summer.

Salvaged from the chancel roof during re-tiling, part of the very fabric of the church for many years protecting it from the elements. These have been pressure washed to remove the grime of the years and are decorative items in their own right. Some may be hundreds of years old clearly having been hand made, possibly/probably at the brick works at the edge of the village (near where Ibbetts is now) active from the Middle Ages to the end of the 19th century.

The full amount, £20 per tile goes to help with internal decoration following the repairs and re-plastering in 2019. cash or cheque only

The tiles are displayed on a simple barely visible plate stand and have a wooden label tied onto them engraved with the logo of the 1000 year celebrations of the church in 2020. There is a limited number of wooden labels which have also been salvaged from the church during the repair work. They have been cleaned and sanded on one side with the other left as it was when they were part of the pews where they came from, so like the tiles, they have provenance and are individual.

How to buy: These will be available at a number of village events. The tiles and labels vary so much it is better to see them and choose each at the time. If you live in Great Paxton, I can bring a slection of 6 for you to choose from (they're heavy to carry around!) me if you are interested.

Front of the wooden labels salvaged from the pews, these are variable depending on where they were taken from, kind of wood, age etc. sanded and engraved.

Back of the wooden labels salvaged from the pews, left in original condition.

There are two kinds of tiles, red and yellow.

The railway arrived at Great Paxton (actually the Offords, it never stopped here) in about 1850 bringing with it amongst other things, mass produced roof tiles from clay and brick works around London. Prior to this nearly all tiles in the British Isles had been locally made. The red tiles are more uniform in size and shape though vary in tone, the two-hole ones are probably the oldest, up to 170 years, there are many bubbles and inclusions in the clay.

The yellow tiles are made of Cambridgeshire Gault Clay and were almost certainly manufactured at the brick works at the south end of the village that occupied a triangle between River Lane and the small stream called Willow or Sallow Brook that crosses the High Street. Today there is a bungalow near to the road at the top of this triangle. This brickworks operated from the middle ages up to the end of the 19th century, at one time it was part of the "Village Commons", on one day a year villagers were permitted to go and make their own bricks which would have been used for fireplaces and chimneys, the rest of the house being wattle and daub on a wooden frame.

If you live in one of the older houses in the village, or not such an old house, but built on where an older house was, you may see these yellow bricks in your walls or you might occasionally dig them up from the garden, for instance I have a short sunken brick path made from them at one side of my back garden.

These tiles were hand made which can be seen by the variation in size and shape and that hardly any are properly flat, they also contain more inclusions of small stones and minerals than the red tiles. They may date anywhere from the middle ages to the end of the 19th century when the brick works closed down.

Support the 1000 year celebrations and help with church renovations 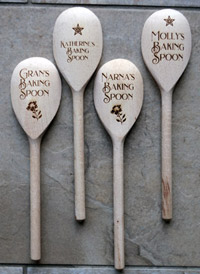 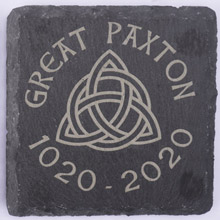 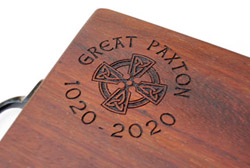 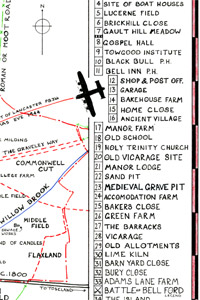